The Truth About Spam Calls 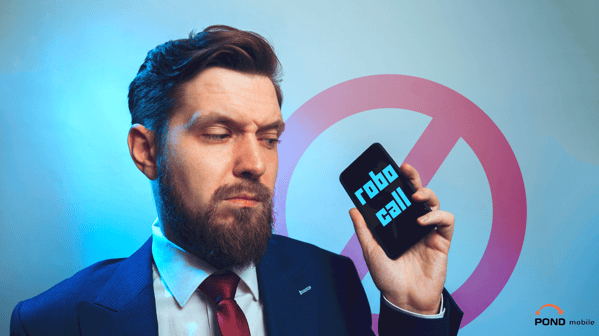 Got a spam call and can’t figure out why (and why you)? Don’t be offended; it’s not personal. Last year Americans received 58.5 billion* robocalls. Not all robocalls are harmful; however, it’s becoming more challenging to weed out the legitimate ones from the scams. I recently had an experience with these modern annoyances.

It was one of the most significant moments in my 8 year old’s life. Finally, FINALLY, he got his own mobile phone number! However, the pinnacle of it all - the inaugural first call to the new number by me, the one who bankrolled this miracle, was taken away when the carrier’s test call rang. I was merely the second call, followed by two more calls that day from my wife and his sibling.

Over the next few weeks, I periodically checked my son’s call history as any good parent/cybersecurity professional would. There were almost no outbound calls – this next generation already lives in a world of Discord and similar apps. But there were inbound calls from all over the place, none of which I recognized.

My kid’s reply when I asked him about it was, “Yeah, I get spam-called like all the time.”

“So do you answer them, and what are they saying?”

“I don’t answer them anymore unless it’s someone I know. It’s all dead air or noises anyway.”

My kid’s brand-new number couldn’t possibly be the target of some nefarious, monstrous scheme just days after the mobile carrier assigned it to him.

Soon after, my cell phone provider added a spam call protection feature to our family’s plan. Once activated, the spam calls somewhat decreased but never went away altogether.

Like my son, we all ignore these calls - they aren’t personal. At least that’s the logical conclusion. One day I accidentally answered a spam call instead of pushing the ignore button. For no good reason, I panicked! I hung up immediately but then spent another minute in suspense, waiting to see if the call would now haunt me by making the lights in my house flicker or worse.

It made no sense, but maybe I was afraid that I had just given away a little glimpse of my existence? What if the calls were tiny pin-pricks to build behavior profiles? Not necessary on me personally (see, I told you it’s not personal!), but on my device, the location, did I answer, how long, what time, etc. That same system might immediately pin-prick another number with a connection to me.

Patterns and relationships matter a lot in cybersecurity. A cybercriminal can combine the pin-pricks with other identifiable digital ‘fingerprints,’ providing an even deeper glimpse into your life. It’s then just a matter of being patient, waiting for the right opportunity to strike. Most successful fraud schemes use little bits and pieces of information making fake identities, devices, or impersonations seem genuine. So, where does that leave my family and me (and yes you)?

Personally, to actively combat them with apps or reporting numbers online is too much work. The numbers usually have fake caller ids anyway. If I see the same number calling me over and over again, I use the number-blocking feature on my phone. Lately, my phone has been helping me out all on its own. A recent software update now gives me additional information on some calls – like those from my contact list, which are considered trusted or numbers that I have called before. Check with your wireless carrier to see how they can help you reduce the number of bothersome calls that light up your mobile phone screen.

A simple, temporary solution I found when the calls are becoming frequent is powering my phone off and then back on. This seems to cut down on the call volume.

Another method is to switch to a privacy-first phone carrier. It cuts down on the ancillary information surrounding your phone like cell tower location recording, third-party reprocessing of text messages, and more. Contact us one of our customer support representatives today to learn more. 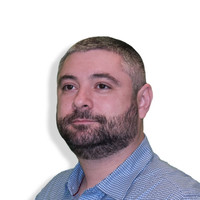 Alex Kotler, SVP U.S Business Development. A veteran within the telecommunications industry, Alex has vast knowledge and experience across all facets of the industry.

Your Digital Security Is In Your Hands With POND Mobile

Cybersecurity awareness is something that’s been brought to the forefront of current discussions only recently and provoked by ...
Start Reading
Alex Kotler September 9, 2020 2 min read

Mobile Security Tips to Protect Your Data from Cyber Criminals

Technology has simplified our lives, but it has also made it easier for cybercriminals to steal your information, destroying ...
Start Reading
Alex Kotler October 5, 2020 3 min read

How Mobile Carriers Can Protect Your PII from Identity Theft

As the world becomes increasingly connected, so does the risk of your personal information being stolen. Consequences can be ...
Start Reading